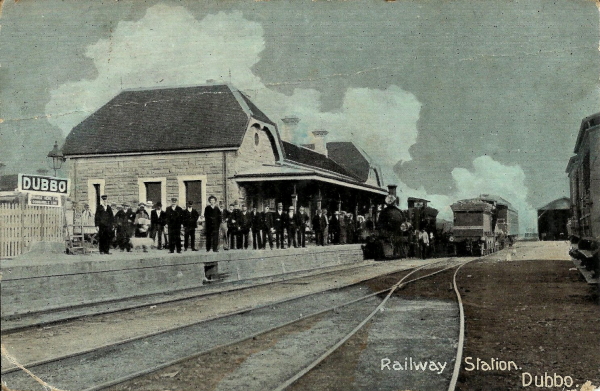 The nightly mail train pulled into Dubbo just before 9am on Monday, September 16, 1907, having left Central Station, Sydney twelve hours before. Onboard was Elenor McGuinn, returning to her birthplace for the first time in seventeen years. The family were well known in Dubbo, her father Luke had been the first Clerk of Petty Sessions and her elder brother, Denis had recently been elected mayor. Elenor’s ticket had been paid for by her family at a cost of seven pounds, one shilling and sixpence, more than three times the first-class single adult fare . Calculated at sixpence per mile, Elenor was given her own special compartment, clearly identified with her name for the 283-mile journey. This special treatment had also been afforded her mother some two years previously in 1905. Despite the expensive fare and special treatment, Elenor knew nothing of her journey. The special compartment was in the brake van, and she was being transported to her own funeral. She was dead. Having passed away ten days earlier on 14th September 1907 at the age of 42, this would be her final journey.

Born on 12th June 1865, Elenor was the third eldest daughter and sixth child of Luke McGuinn and Sussanah Carroll. Her mother and maternal grandparents emigrated from Ireland, aboard the Duchess of Northumberland, arriving in Hobart in December 1854. Also on board was her father as the ship’s schoolmaster. The journey to Australia proved to be a successful courting period for her parents it seems, as they were married in January 1855 at St Joseph’s Catholic Church, Hobart and subsequently moved to New South Wales, settling in Dubbo in the early 1860s.

Affectionately known as Nellie, Elenor grew up in Dubbo. At the age of eight, she had an attack of Scarlet Fever which caused her to become deaf. Despite treatment for her condition, there was little to no improvement. Nellie became quite an accomplished musician. Her sister, Mary, says, “She was of a bright happy disposition, but rather excitable and most particular about her appearance.”

Following the death of her father in 1887, Nellie, her mother and some of her siblings moved to Sydney, settling in a home at Railway Parade, Marrickville which they named Dubboville – the connection with the Central West town remained strong. The family relocated to Elizabeth Bay for two years before returning to Dubboville where her life changed dramatically. At the age of thirty-eight, on 28th October 1904, Elenor was declared medically insane and was admitted to the Callan Park Asylum at 5pm the very same day. Research at the State Records, NSW had produced the most unexpected research findings. A copy of her death certificate in the Deceased Estate Files led to the discovery of her extensive mental health records. 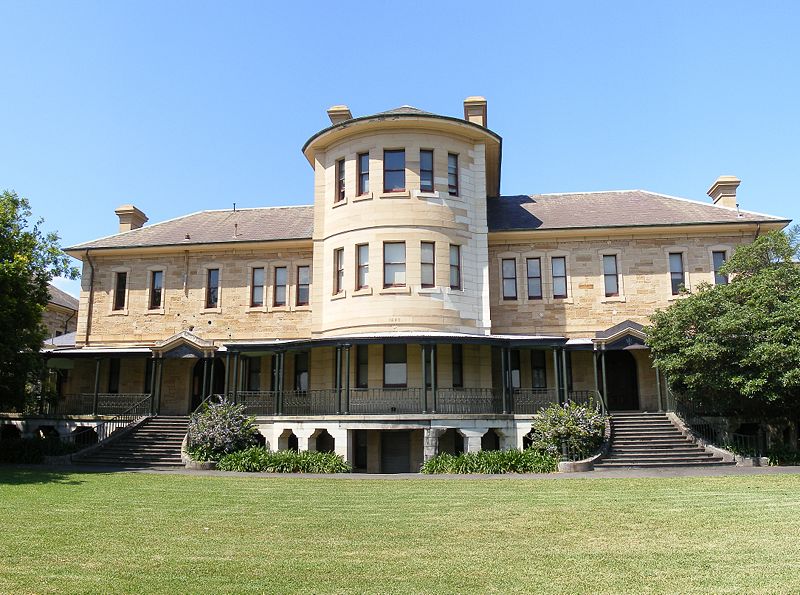 A statement by her sister Mary, found within these records, recounts the full story of Elenor and her struggle with mental illness over several years. The statement speaks of the many attempts of the family to assist Elenor but despite their efforts, appeared to have little effect. This emotional narrative shows Mary’s despair who had lived with and cared for her sister for many years, becoming primary carer following their mother’s death. Elenor’s medical history includes details of the removal of most of her teeth and episodes of nervousness and suspicions of people talking about her and the family, including a fear that people were trying to kill them. Elenor broke her leg sometime around 1903, and this, as predicted by her doctor, had a good effect on her mind until a fever attacked resulting in her decline and ultimate institutionalisation. The medical notes from her time in Callan Park continue a sad story of hallucinations, hearing voices, episodes of paranoia and depression. She is reported as constantly talking nonsense and did have violent outbursts towards other residents. The ultimate cause of her death was recorded as tuberculosis.

Following her requiem mass at St Brigid’s Church, Dubbo, she was interred in the Roman Catholic section of the Dubbo cemetery in the McGuinn family plot along with her brother, father, uncle, and mother. Elenor’s other sister, Susan was also interred with the family after her death in 1948. Elenor never married and her obituary states she was remembered as a kindly, helpful, and popular lady before her illness. 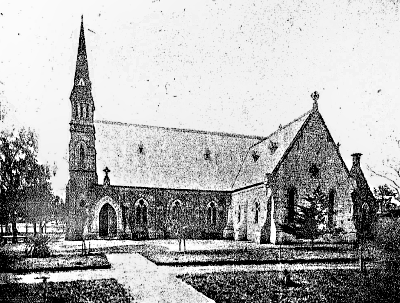 Elenor died intestate but in 1951, letters of administration were applied for by Rosa Mary McGuinn, the wife of Elenor’s brother, Denis who had died in 1940. When prospective purchasers of a property in Mary Street, Dubbo enquired as to the owner, it was discovered that Elenor held the title. Letters of administration were granted, and the sale of the property proceeded.

While there are no living relatives who knew Elenor directly, her memory continues to live on with a great-grandniece as well as a 3rd great-grandniece both sharing her first name. The uncovering of unexpected records has led to Elenor’s story being told, one which may have been forgotten over time. The story of Elenor McGuinn demonstrates the love and support of family, despite mental health difficulties. The special treatment she received on her final train journey to Dubbo shows great care and attention from her family as they returned their dear Elenor home.

This story was written as an entry in the 2021 Croker Prize for Biography, run by The Society of Australian Genealogists.  While not winning, it received a mention in the Spring 2021 Edition of Descent, the society’s magazine.

Elenor McGuinn – A Long Journey Home was one of many fascinating and well written entries in the 2021 Croker Prize for Biography. The end of the opening paragraph takes the reader by surprise and is followed by a well-researched, warm and touching biography of an ancestor who suffered from mental health issues.

The Croker Prize for Biography, was set up eight years ago to publicly recognise the Society’s generous benefactors Colin and Loas Croker. Submissions must be centred around the entrant’s relative and tackle the annual theme which in 2021 was ‘My Most Unexpected Research Finding.’ 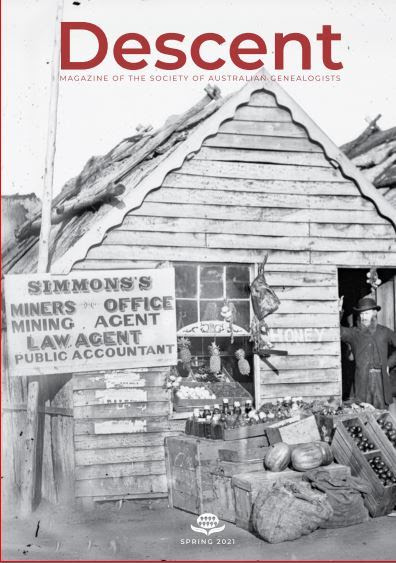