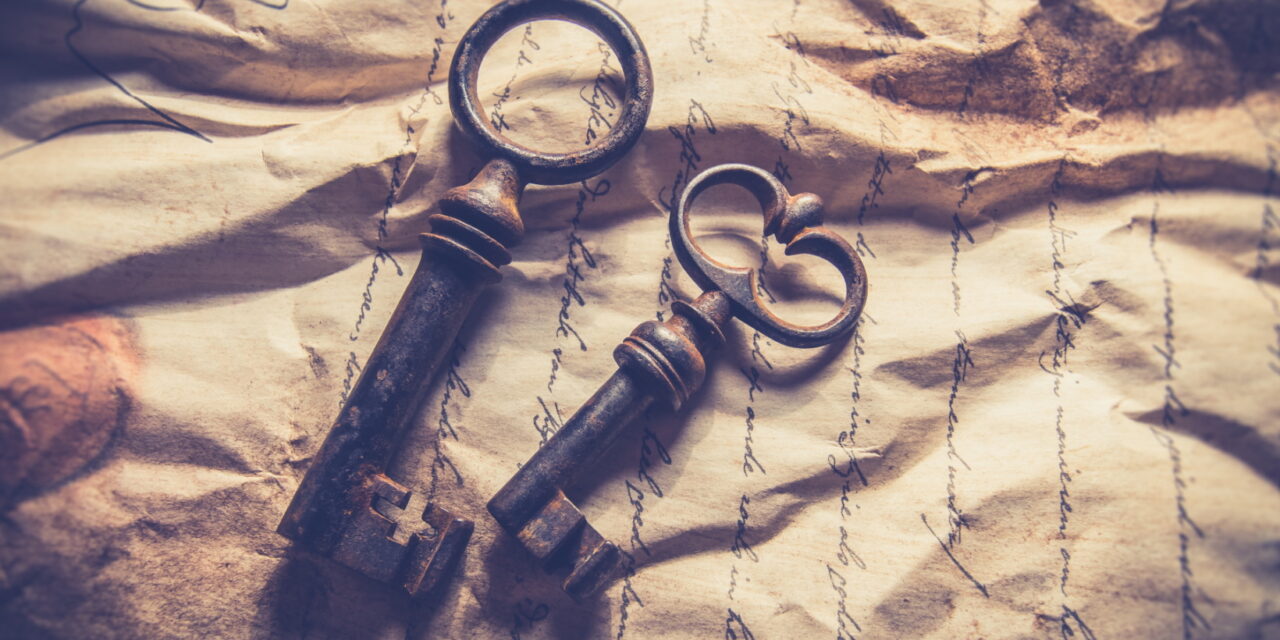 It has long been established that Robert Redfern came to Australia in 1825, arriving on the ship Phoenix with his son William, taking up a land grant near Bathurst. Prior to his coming to Australia, other researchers have verified Robert living in Philadelphia, Pennsylvania, USA where he was a saddler and making infantry caps under contract for the US army. How then did he come to receive the land grant and was it given to him while he was in the US or after he arrived in the colony of New South Wales? 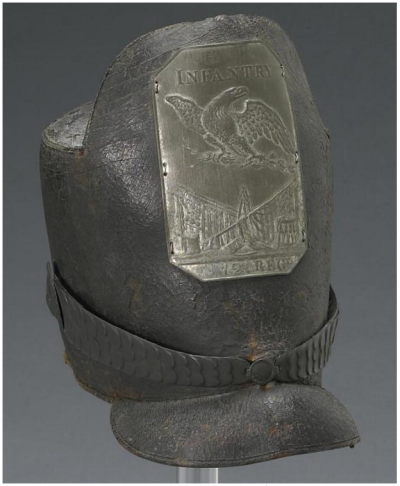 The Colonial Secretary Correspondence, held at NSW Archives in Kingswood are a rich resource for family historians. They are one of the most valuable sources of information on all aspects of the history of the Colony and the State of New South Wales for the period 1788-1895.  They include: petitions by convicts for mitigation of their sentences, requests for permission to marry and applications for land grants and leases among many other topics. Redfern’s are mentioned numerous times in relation to land grants, the escape of William (son of Robert) from Bathurst gaol, activities of Dr William Redfern, assigned servants and numerous other activities. One item of correspondence is the approval of Robert Redfern to travel to NSW in 1825 where he would receive a land grant. This was given by Lord Bathurst, the secretary of State for War and the Colonies. While it clearly gives authority for Robert to travel and receive a grant, until recently it was unclear what prompted this permission and granting of land. Was it Robert’s brother, Dr William who had arranged for this land grant to assist his brother gain passage? A recent discovery however has made it clear that it was Robert himself who secured the grant of land with his letter (memorial) written to Lord Bathurst in 1824.

I am directed by Lord Bathurst to acquaint you that he has given permission to the bearer Mr Robert Redfern
to proceed as a Free Settler to the Settlement of New South Wales and I am to desire, that you will make to him, upon his arrival, a Grant of Land, in proportion to the means which he may possess of bringing the same into cultivation.
I am Sir, your most obedient, humble servant 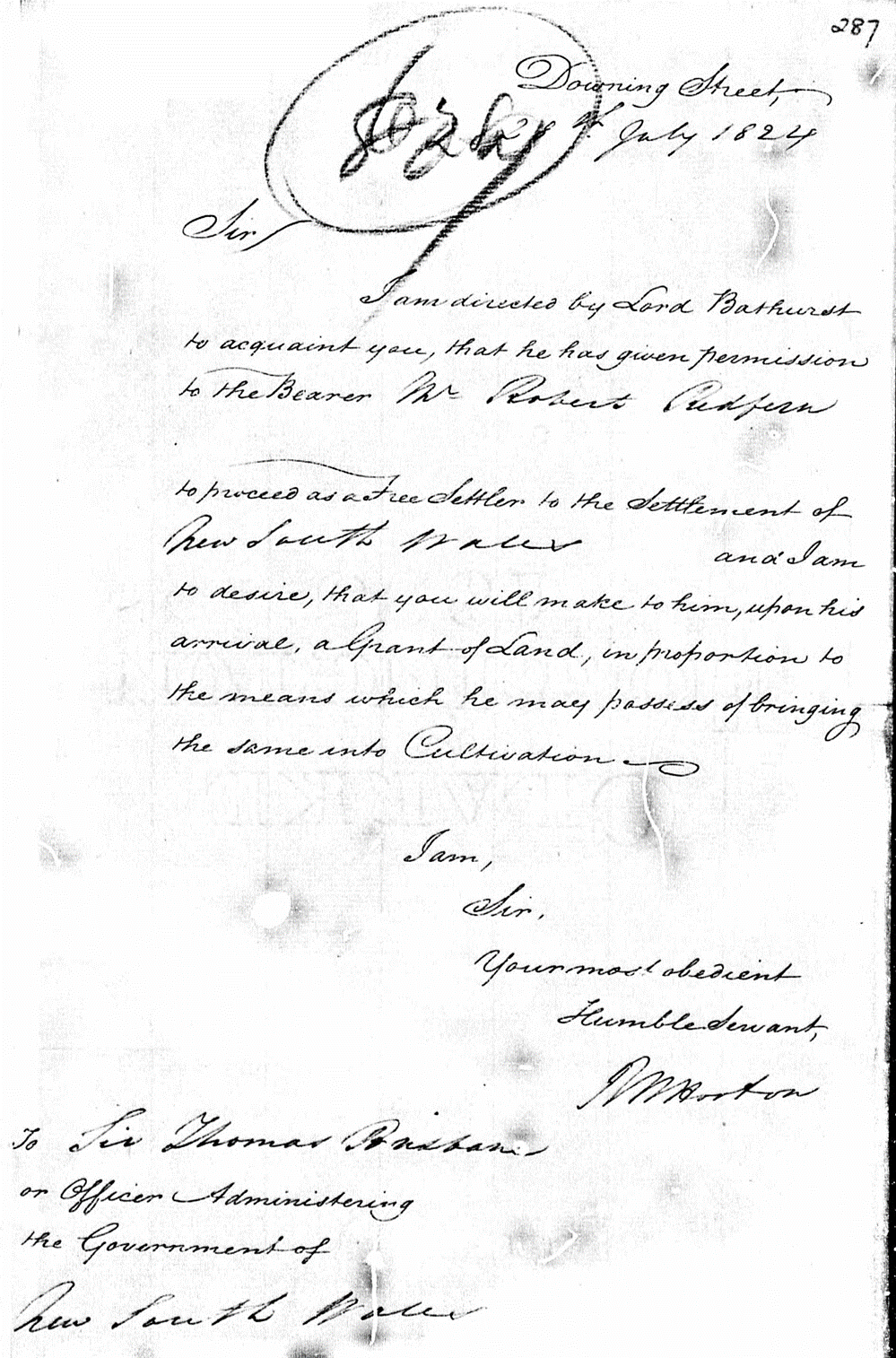 The original of this letter requesting a grant of land is held in the National Archives of the UK in Kew, London but a digitised copy is available through the Australian Joint Copying Project (AJCP). This project was conducted over many years (1945-1993) where delegates from Australia visited the United Kingdom and various repositories copying anything that related to Australia, New Zealand and the Pacific dating from 1560 to 1984. With very little indexing, it is akin to somewhat looking for a needle in multiple haystacks but the letter was finally unearthed with some amazing revelations and a number of questions still to be investigated.
Further information about AJCP: https://www.nla.gov.au/research-guides/australian-joint-copying-project 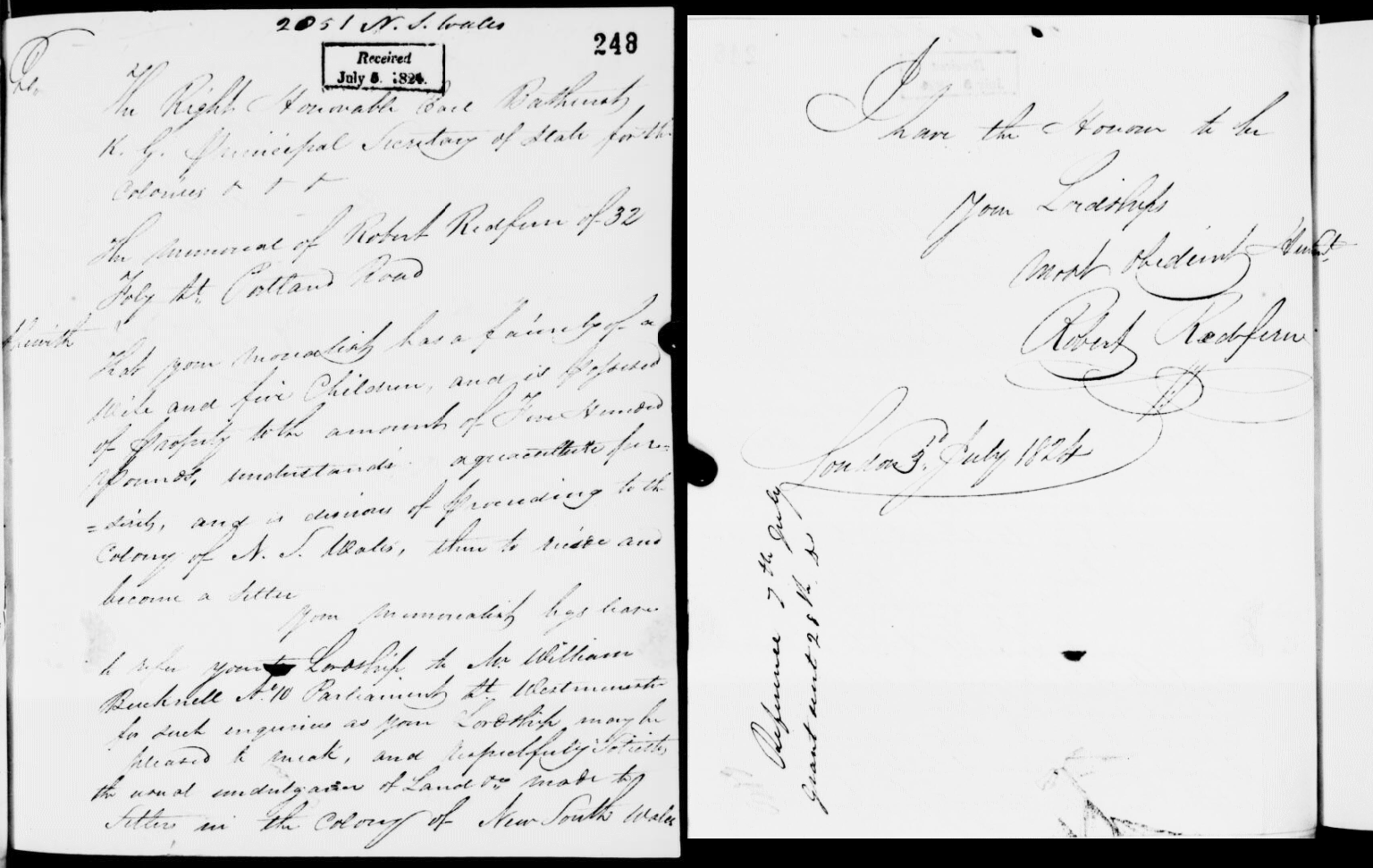 
The Right Honourable Earl Bathurst, KG, Principal Secretary of State for the Colonies etc etc etc
The memorial of Robert Redfern of 32 Foley St Portland Road.
Sheweth
That your memorialist has a family of a wife and five Children, and is possessed of property to the amount of five Hundred Pounds, understands agriculturelle [agricultural] pursuits, and is desirous of proceeding to the Colony of N.S. Wales, there to reside and become a settler.
Your memorialist begs leave to refer your Lordship to Mr William Bucknell No 10 Parliament St Westminster for such enquiries as your Lordship may be pleased to meak [make?], and respectfully solicits the usual indulgences of Land as made to settlers in the Colony of New South Wales.
I have the honour to be your Lordships most obedient servant

Conclusions about the Letter

There are several points of interest about this letter.

And so it was that Robert received his land grant of 2000 acres in the county of Westmoreland with the stipulation that it was to be called “The Man of Ross Farm.”  The grant was gazetted in 1839 (some 14 years after his arrival) and the quit rent was 15 pounds per annum (2021 equivalent approximately $AUD 3000), payable from 1st January 1831.

In receiving this grant of land in Australia, Robert began building his life with his son, William in the colony.  Where his wife and other children ended up are still a mystery. After he died in 1853, he was buried in Bathurst, named after Lord Bathurst – the man who had given him permission to travel to and have a new start in New South Wales.

While this answers the question of how Robert came to be granted a piece of land, there are many more pieces to the puzzle of Robert’s life. And, with each new puzzle piece, many more questions require investigation. Who knows where the next gem of information will turn up but it certainly is a lot of fun searching for records in an effort to learn more about this fascinating man – someone I am very proud to call my ancestor. 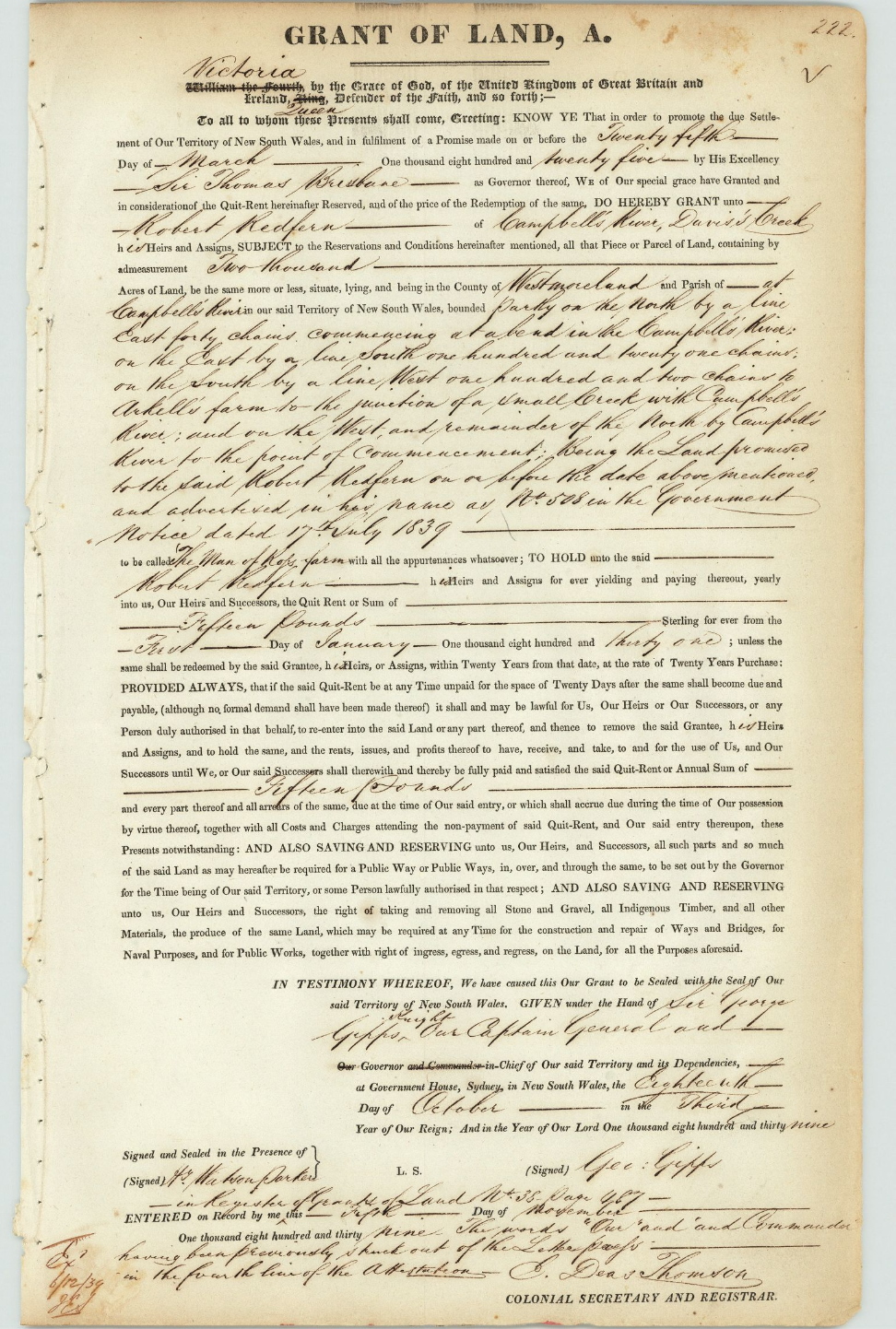